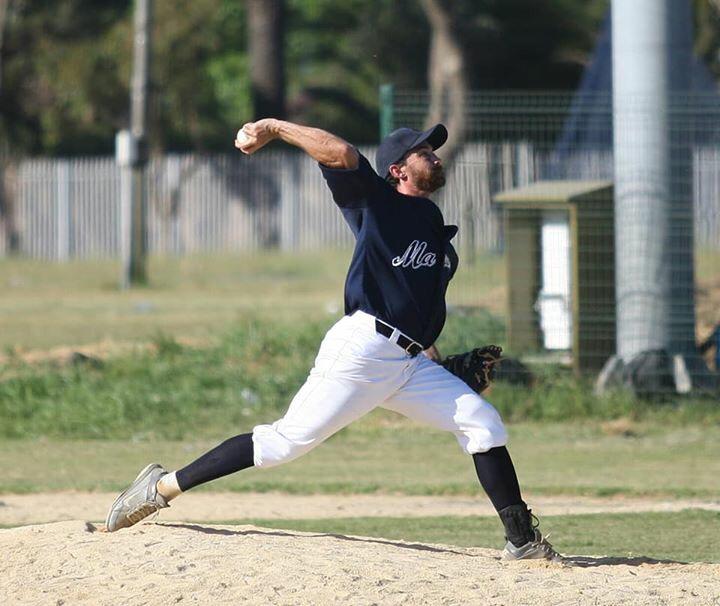 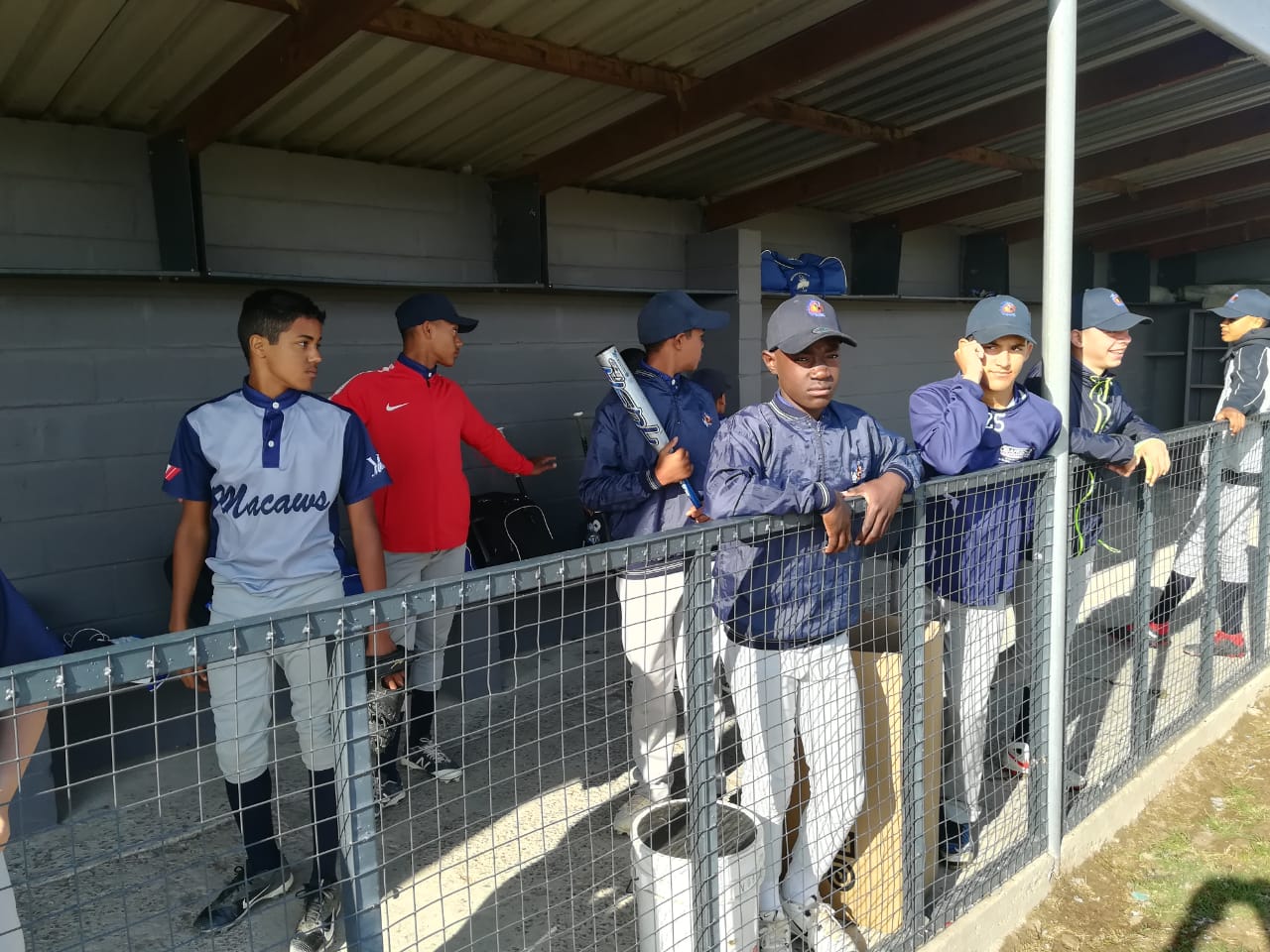 The squad was considerably smaller than previous weeks…with 13 players. The great trek to Durbanville meant a really early start to the day but everybody was in high spirits. 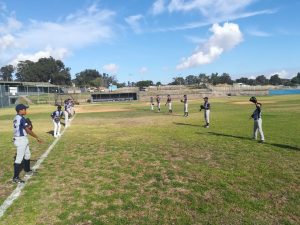 We hit 1st and with some great discipline batting, managed to load the bases with no outs, but somehow only managed to score 1 run This left the coaches a bit worried due to a dismal team performance at training the evening before. This was to be the last of the worries though as the kids found their “groove” with Rio managing a fantastic 1st frame from the mound and keeping Durbanville scoreless. 2nd batting turn was when they remembered how to play “VOB Baseball” & 5 runs were quickly scored. The next 2 frames were pretty much the same with Ghameem showing how the extra hitting with dad has helped by hitting a line drive over the 2nd basemen.

A pitching change with bases loaded & 2 outs, brought the composure we saw from Mikaeel last week, to the mound as helped his team get out the frame with just 1 pitch. 4 changes over 2 frames showed, once again, how hungry these kids are 2 be on the field. Even in their last batting turn and being quite a few runs ahead, they were still disciplined enough not to swing at bad pitches. With this, they managed to score 2 runs while still leaving bases loaded before Jamie, for the 3rd week running, got a hit to rightfield but this time scoring 3 runs.

Our last fielding turn proved to be extremely entertaining. This was finished off by the batter hitting a screamer straight back at Mikaeel on the mound and it clipping his glove to allow Josh November a very smooth barehand pickup to make the final out of the game.

The coaches are extremely proud of these kids as they continue to get better every week and show so much love for the game. The hard work being put in is really showing.

Wishing you all an amazing festive season and looking forward to what 2019 will bring our U15 team on the field. 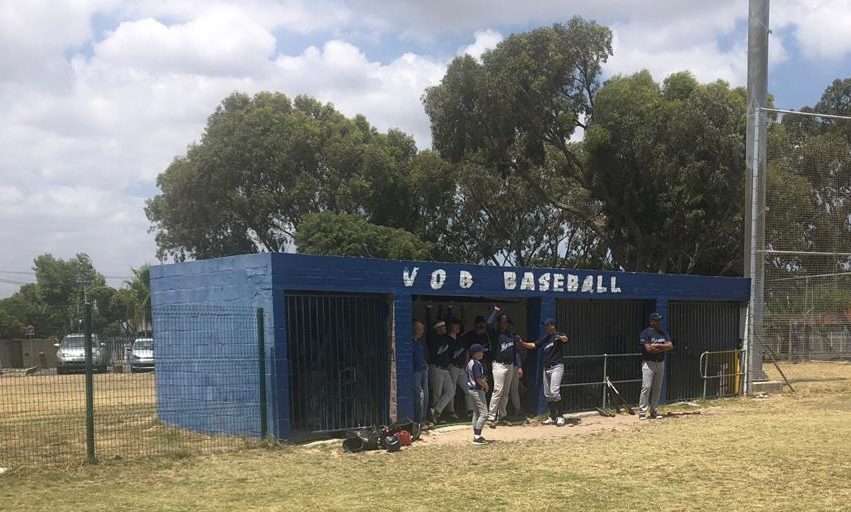 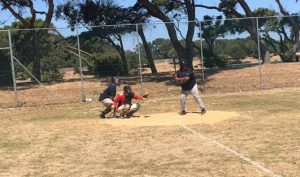 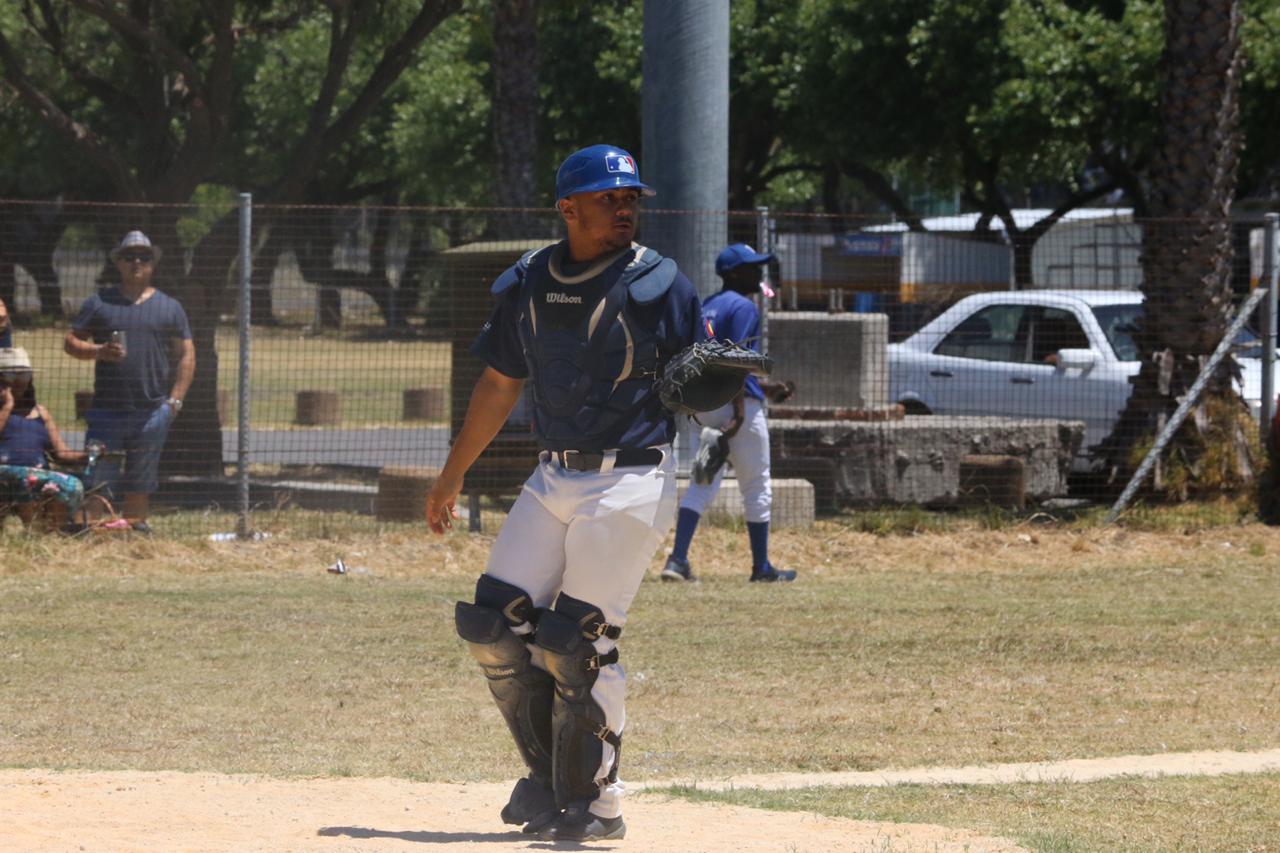 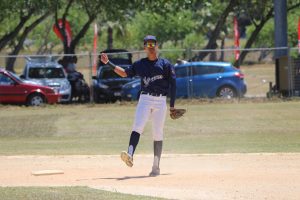 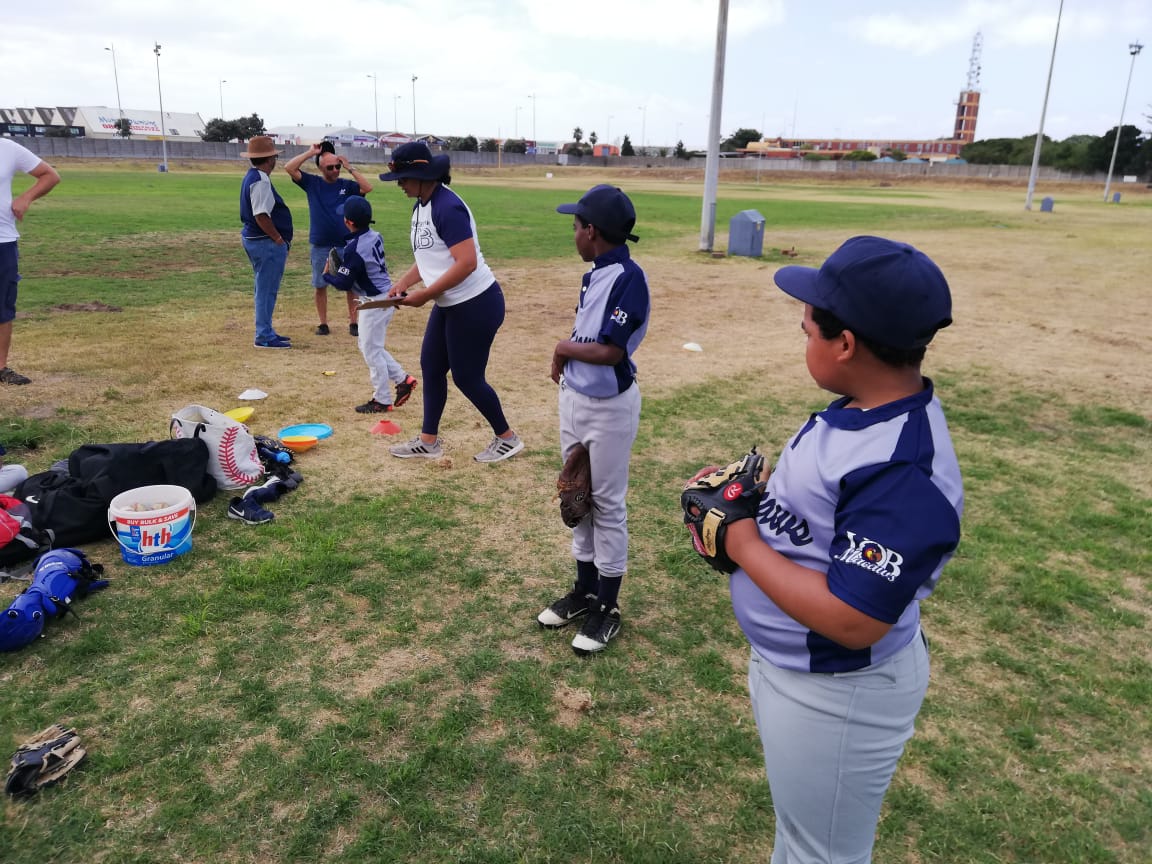 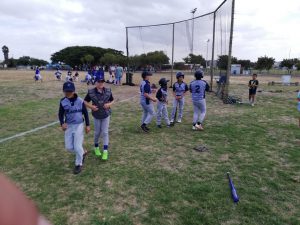 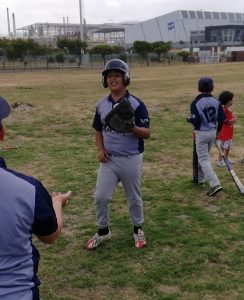 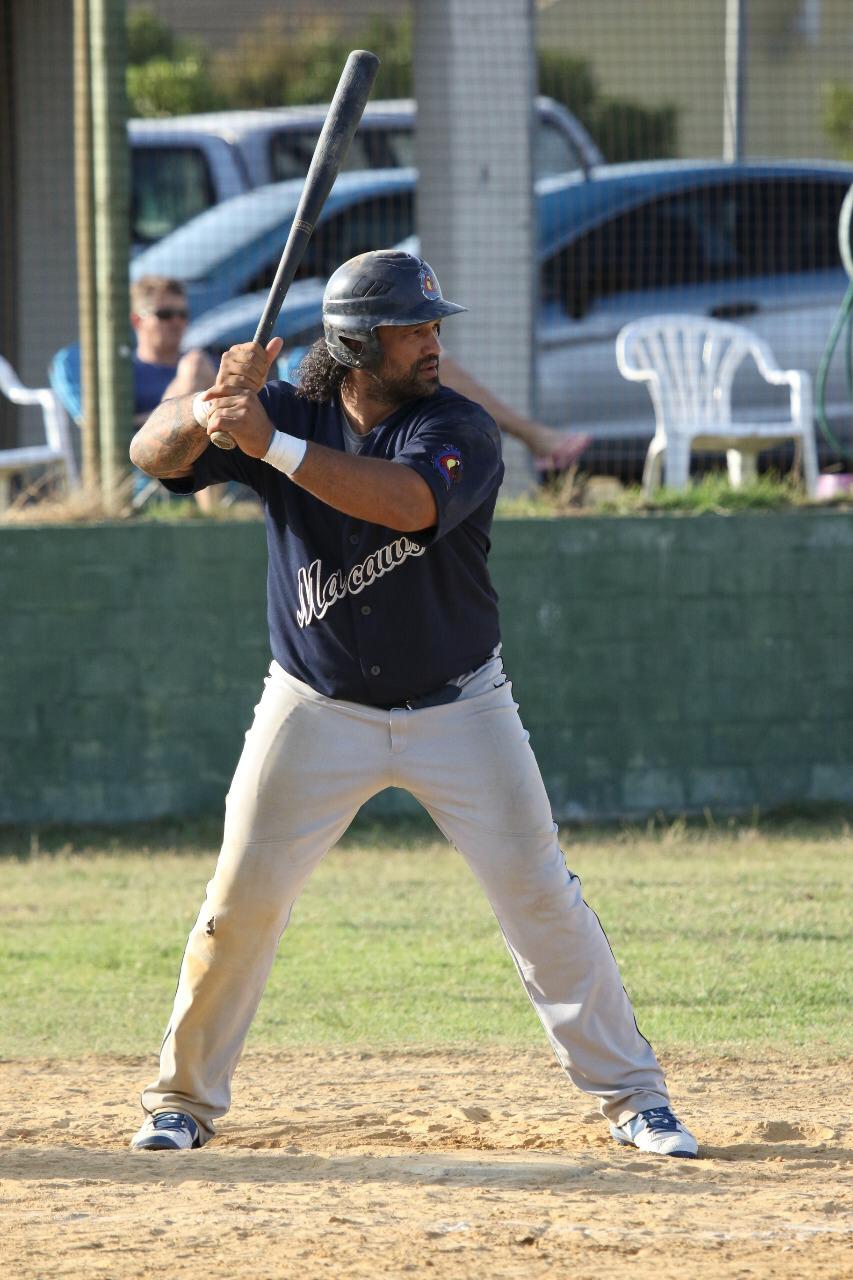 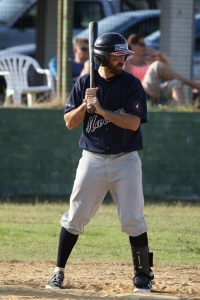 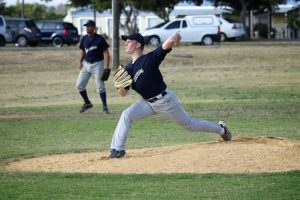 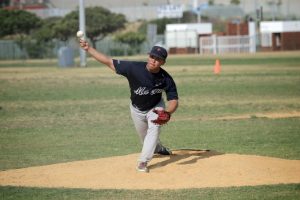 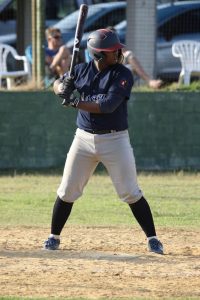 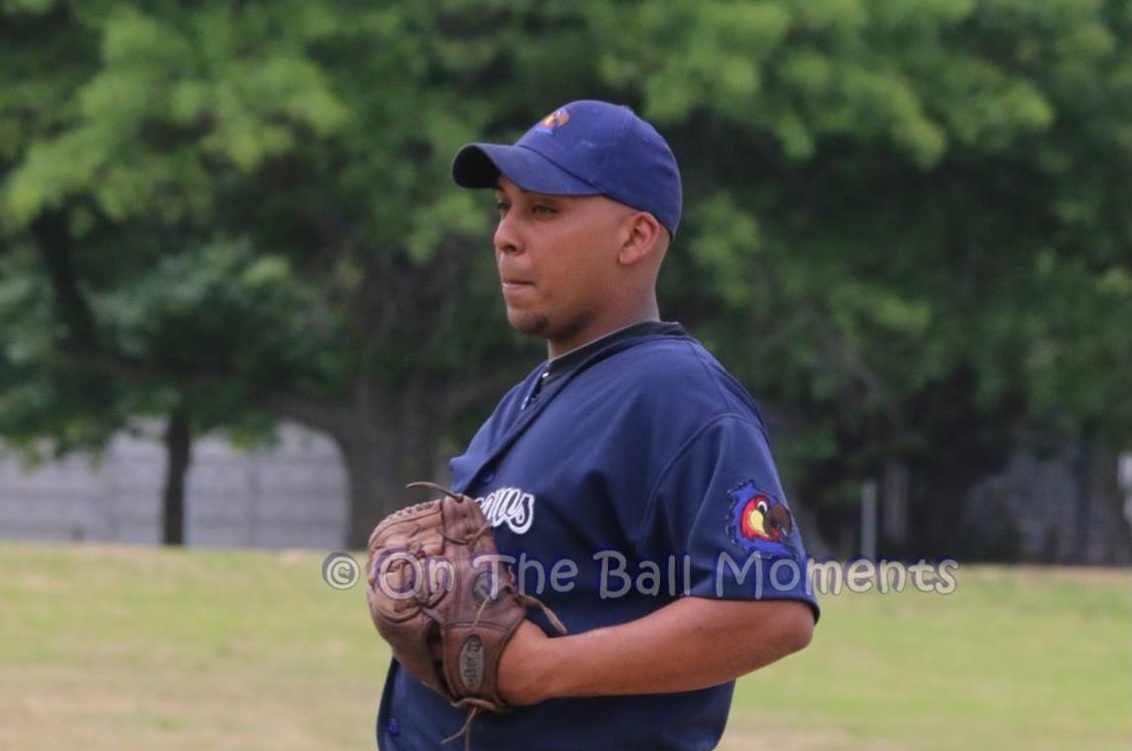 After losing the first 3 game of the season mostly due to defensive lapses MLR team has progressed steadily over the last 2 weeks picking up 3 wins in 3 games. The latest team to succumb to VOB were the Maitland Giants.

The game started with Lee van Wyk on the mound. Lee kept it simple and ended the inning in just 8 pitches while keeping the Giants scoreless. VOB responded scoring 3 runs to take a 3-0 lead. In the 2nd inning, van Wyk tried to do a bit too much and put a few runners on base allowing giants to pull 3 runs back tying the scores. VOB hit back with 4 more runs taking a 7-3 lead into the 3rd.

Giants managed to scrape 3 more runs in the next 2 innings before Jason Ranck came on to shut them out in the final 2 innings. VOB accumulated 6 more runs in their last few inning for a convincing 13-6 win.

AND THEN THEY ALL WOKE UP! – 15’s come from behind vs Maitland. 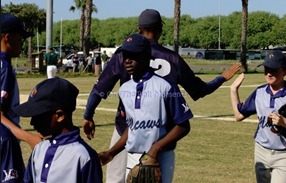 With Wednesday evening training being cancelled due to exams, Friday training seemed to be a bit difficult for the u15s. Unfortunately, this ‘difficult’ period carried into the start of the game on Saturday against an unbeaten team. Jamie “but my slippers are navy blue coach” Brookes got his 1st start for the season throwing to Josh “I’m more tired than Jared” Smith who also had his 1st game behind the plate.

Things didn’t go as we would have liked, and Giants managed to get 5 runs in their 1st batting turn. VOB’s batting was no where close to the standard that was set in previous weeks and was back to fielding without bringing in any runs. Josh November came on to replace Jamie in the 2nd inning and once again, did a fantastic job. The teams bats weren’t quite switched on just yet as it seemed they were in the mood to give the coach a few more grey hairs (not cool)…..AND THEN THEY ALL WOKE UP! 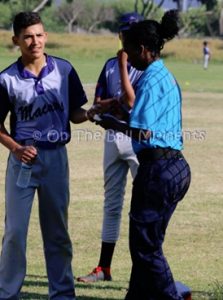 The necessary plays were made to keep Giants scoreless and then everybody started swinging the bat so aggressively Mikaeel De Bruyn decided to swing at a pitch the same height as his head to clear the right outfielder. Going in to the top of the 5th at 11-6 up, a quick 3 up, 3 down saw everybody run off the field with a smile. Rio Harrison giving his dad a perfect birthday present by taking a fantastic diving catch at shortstop to end the 4th frame and a good strong throw to make the 3rd out to end the game in the 5th.

Well done to these awesome u15s who are showing more & more character and love for the game as the we get further into the season.