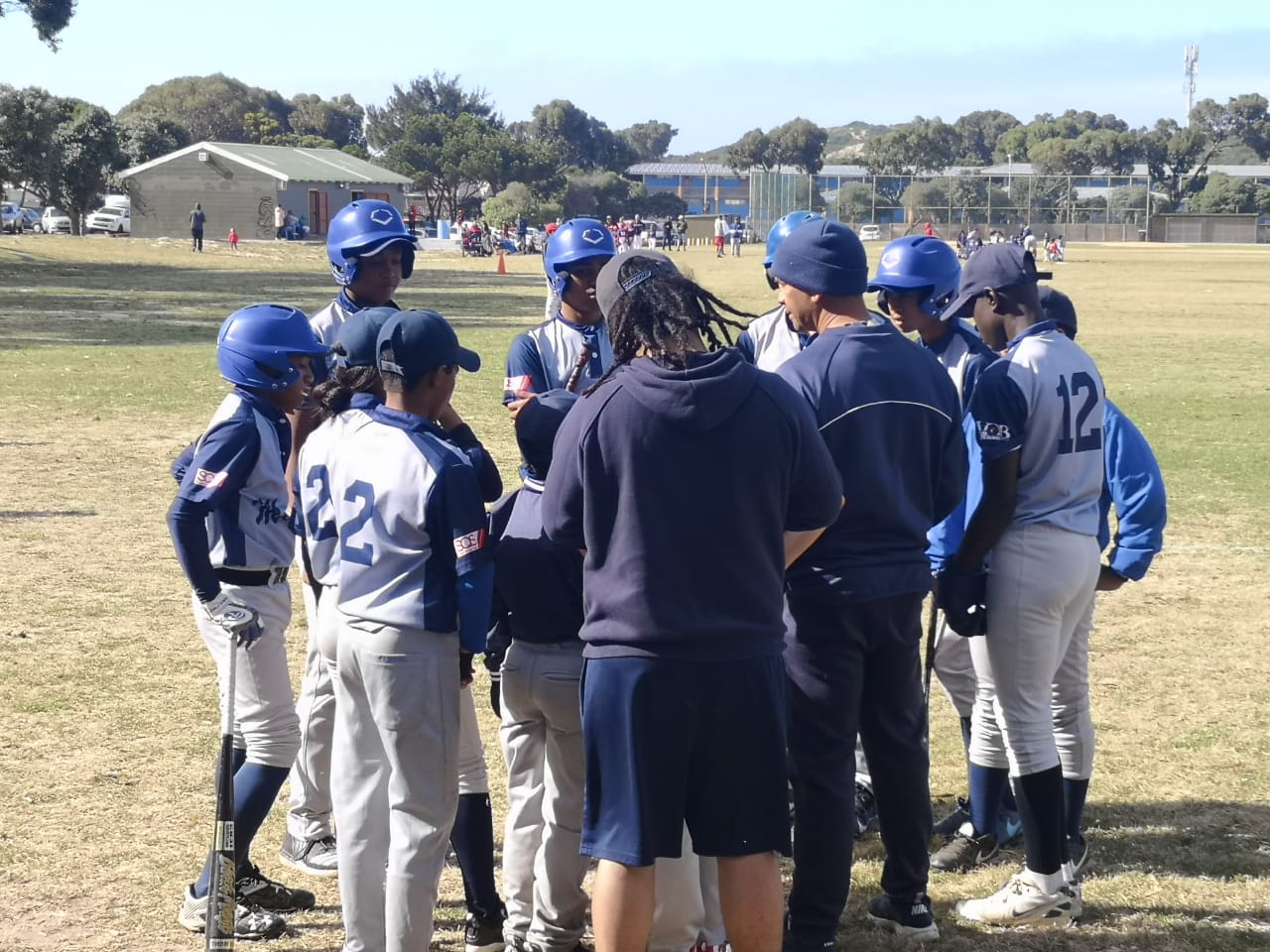 The young Macaws were back on the road, this time to Mitchell’s Plain to face westridge yankees. The young Macaws showed their intentions by scoring 4 runs in the first inning with Josh Smith (double) and Lee Adams (triple) leading the charge. Young Mikhaeel de Bruin got the start and, after giving up a leadoff walk, he mowed down the next three to finish the inning quickly. In the second inning the Macaws benefitted from a struggling Yankees pitches and scored 5 more runs from 5 walks and a couple of hits.

Micky continued where he left off and was one out away from another scoreless inning when and fly ball error allowed Yankees to score a run. Instead of being out of the inning Micky was replaced due to reaching his pitch count limit as set before the game. Josh November came on to strike out the third hitter in 3 pitches.

Yankees brought on a lefty young girl who did well initially by keeping the Macaws scoreless for two innings. However in the 5th inning, on two outs, the Macaws found their rhythm and had four hits in a row to score 3 runs, taking their tally to 12 runs.

Lots of lessons for the young Macaws again, but lovely to learn while you are winning.