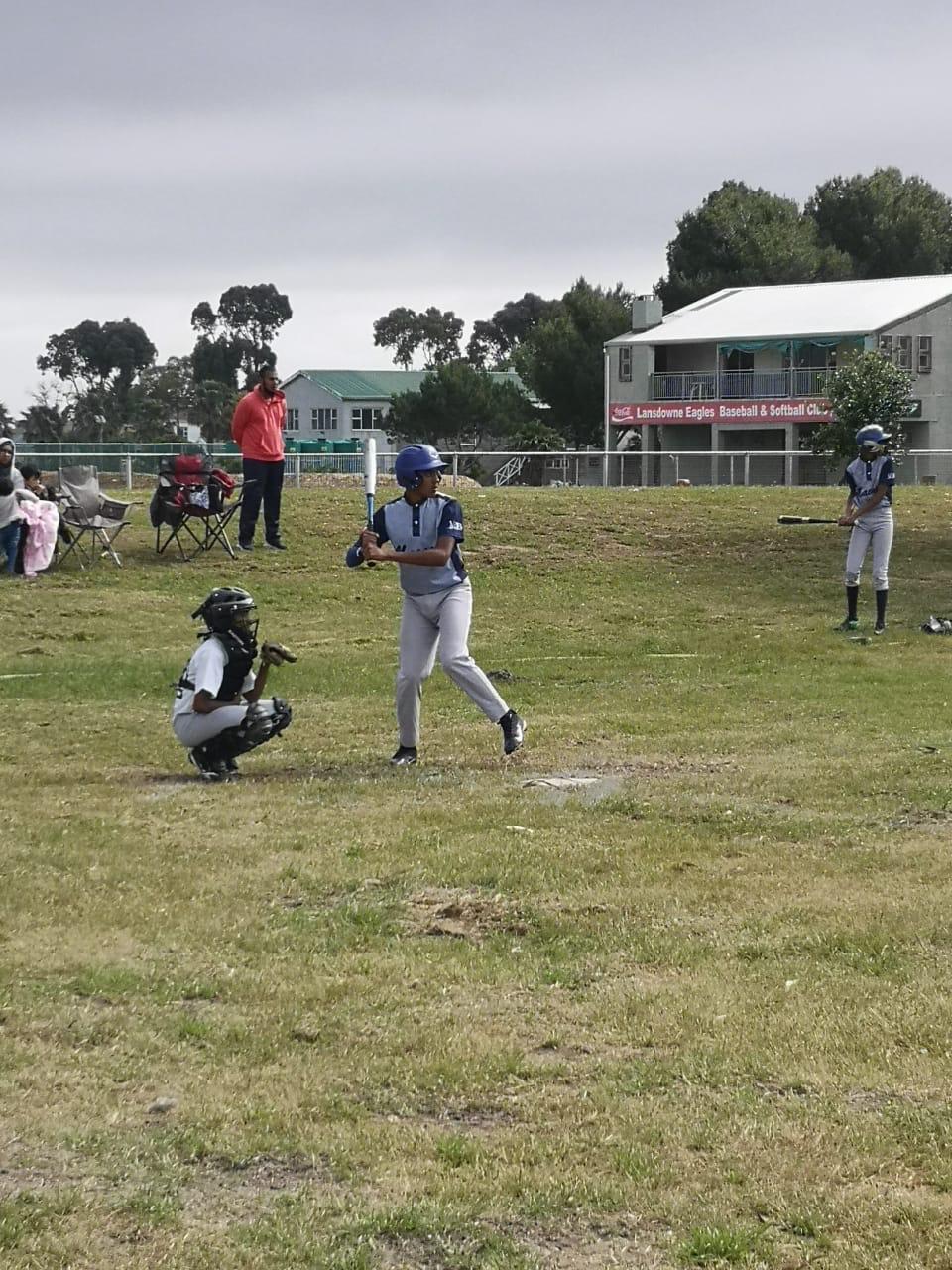 The young Macaws were “on the road” to their neighbor’s, Battswood baseball club, on Saturday. This was our only “loss” of the season so far when Battswood claimed the points due to us ending with 6 players even though we out scored them convincingly on that day. The kids were ready for the return match to avenge their “loss”.

The day started with the twins, Jade and Josh November, celebrating their birthdays in the best way possible; by being at the ballpark LOL. After the team sang to wish the twins, the hitters immediately went to work against Battswood’s pitchers. 8 batters and 4 runs later we had a good foundation to work from.
Mikhaeel “Mickey” de Bruin again got the start on the hill. After Micky made an error on the first hitter, he let that upset his rhythm and allowed a few hits to end the first inning with Battswood replying with 3 runs. Was this going to be a tight ballgame?? The hitters had other ideas and smashed the Battswood pitching, scoring 5 runs to go 9-3 up. Mickey then settled beautifully and kept Battswood scoreless for the next two innings while the Macaws scored row more. By the end of the fourth inning the Macaws led 11-4 and Mickey was replaced by Promise Khamula. Over the past two games Promise had been very shaky, not trusting his stuff. This time, though, he seemed a little more focused and, after giving up one run, shut the Battswood hitters down. The Macaws hitters continued their onslaught scoring 4 more runs to eventually win 15-5.

Mickey threw 57 pitches in four completed innings which was brilliant.
Promise threw 14 pitches in one inning to close out the game.

Good performance from the pitchers laid the foundation for this win.