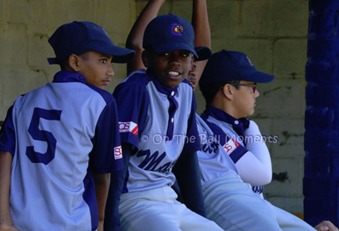 Most of the team looked like they were now used to the 8am start time as they got to the field raring to go.
Again, having a full squad of 15 players, the coaches decided to on the first 9 which showed to be a good choice as Josh November threw enough strikes for the first fielding turn to be over quickly. 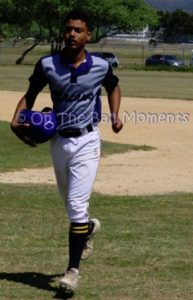 Aiden “but I don’t want to leadoff coach” Bullinger getting on base with a walk in the no.1 spot (and then getting on base in every other at bat after that) & Rio “I can’t help that I’m smiling” Harrison getting a hit to get on, and with 1 out, brought up the no.4 hitter, Jared “I’ll be awake in 5mins coach” Riffle, drove a long line drive for an “in the park” Home Run to show his dad he didn’t need to tie his shoelaces in the box, and to score 3 runs. This was 1 of Jared’s 2 long hits for the game and with bases loaded in his 2nd at bat, scored another 3 runs for the team. 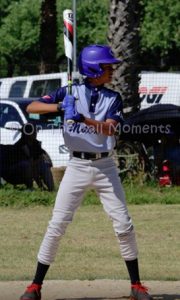 From there on, everybody did what they were required to do putting VOB in a 12-1 lead by the end of the 3rd frame. A pitching change brought Rio Harrison on as well as the coaches deciding to make 6 fielding changes to bring on some fresh legs with Lee “I’ll play anywhere” A…. and Joshua “I’m not Shaun” Smith, almost pulling off the play of the game…but then Josh November wasn’t having any of it and with a “superman” play in the infield for the start of a double play and ended the inning.

Still lots of room for improvement but with coach Jessie’s rigorous fitness training, there is no doubt that this team will only get better.

It’s awesome to see that there is a “fight” for positions on the field and how well this team does together. 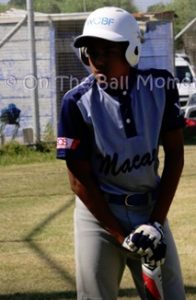 Thank you to Coach Bevan and Coach Chad and the u15 Crusaders team for making the outing.

A special thank you to Colleen for scoring and to Kevin for umpiring (again). Your efforts are appreciated by both coaches and players.