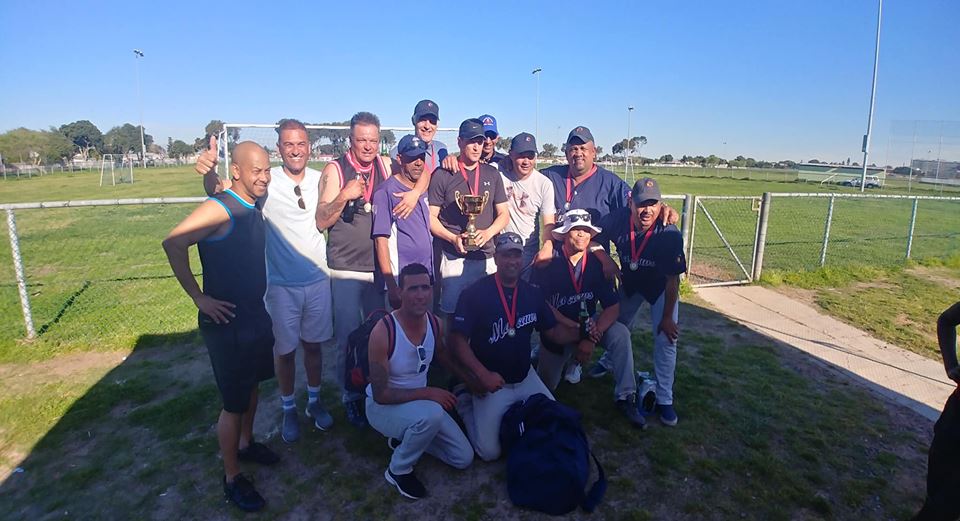 It was a scorcher in Cape Town today as we took on out neighbours. Unfortunately some guys mistook the field for Athlone baths as there was lots of diving going on. Some guys took a dive into the ball, some guys took a dive next to the ball. And it soooo was not pretty. Hadley and Overs doing most of the diving looked like they saw perlamoen somewhere on that field.

Owen and Haliem looked really classy as a 72 year old struck them out with minimal effort. The man could hardly walk. Haliem may have moved one or two vertebrae as he swung into nowhere. Our pitching was great as Hadley and Glen shared the day. Our Newby Rafael Nadal started the game a little nervous but gave us quite a performance after the game which will long be remembered.

We are still having a problem with our leadoff spot as Kulpy got given the spot but struggled a bit as he hit someone the night before with his knee. Welcome back to all the guys who played their first game. Overall lots of laughter and a good afternoon in great company. Oh and Wayne still has a lam boud. 😂