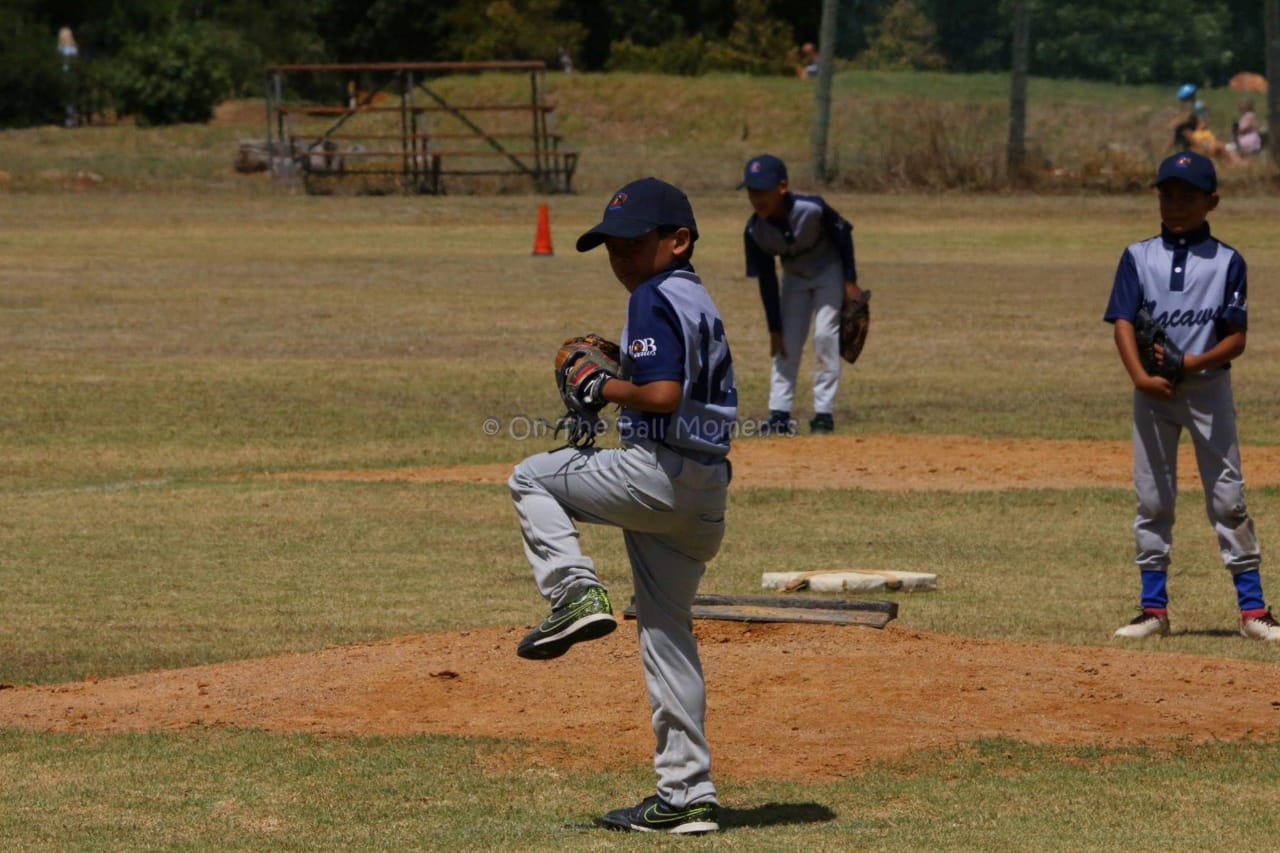 So they day started off with only 5 u12 players arriving for the game in helderberg… A quick chat with u10 coach David Beukes got us enough for a starting line up and a bench. Thanks must go to the u10 parents that stayed to support and let there kids play some real baseball. Most of the kids got to face real pitching for the first time in a game so it was awesome to see the excitement in there eyes.

Kolbe started on the hill for the macaws and got us back into the dug out after giving up a few walks and striking out 2 batters. With our normal catcher not around we had to go to Talun who is our third base usually and he struggled to hold into the 3rd strike, giving pirates easy passes onto base. A change in pitching and catching saw the macaws settle down and finish the game in style. U10 SS zeake Sellars did a sterling job In relief and getting us the win vs pirates.

Kolbe impressed at catcher during his stint and had a great play to end the game with pirates threatening to win the game in the last inning with 2 down and the macaws up 9-8 with runners on 1st and 2nd, pirates tried a double steal to get runners into scoring position but it back fired on them as zeake threw a perfect strike and caleb bell caught and fired the ball to smiley on third base for the tag out and ball game. Well done and Thank you to Dawie for helping me out with some great U10s for the win. 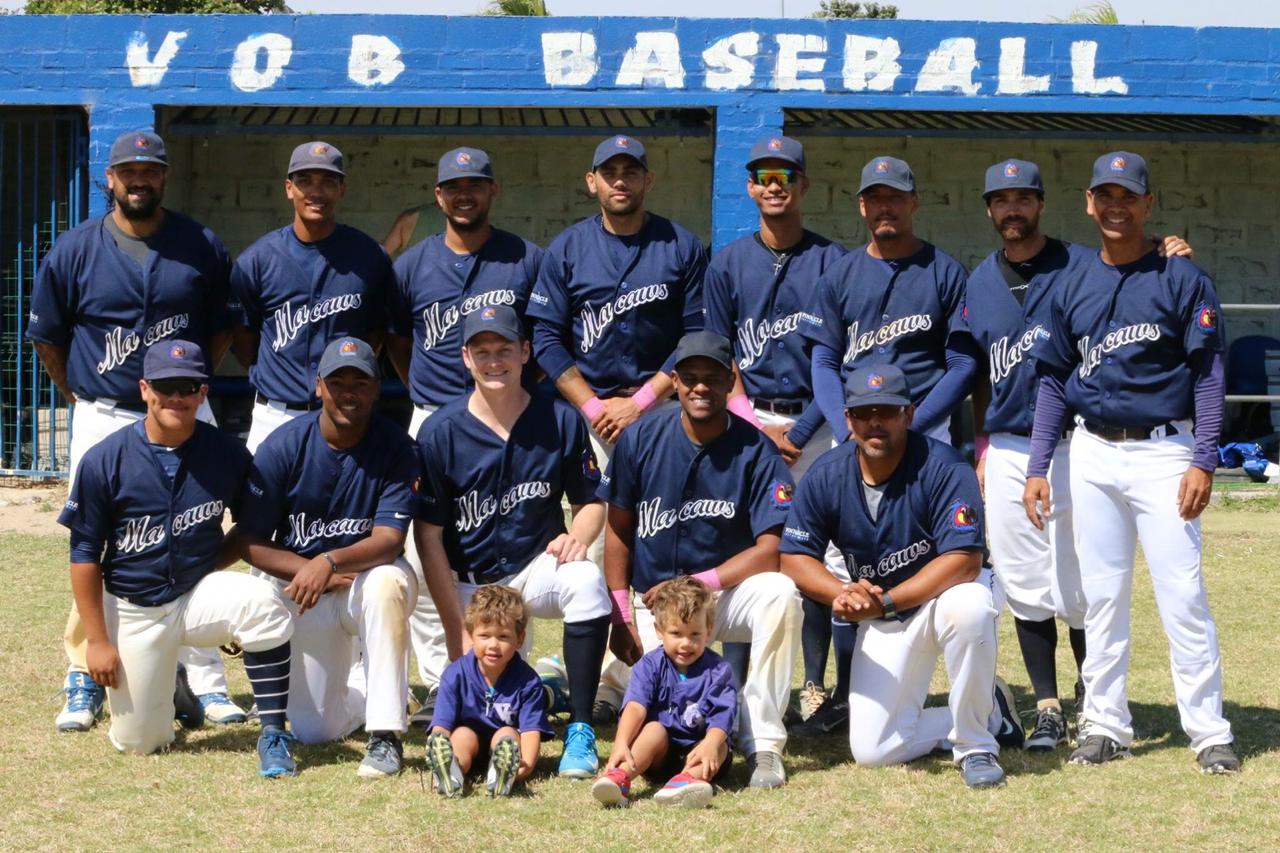 Macaws were on the road to face Bellville Tygers at PP Smit on Saturday. Tygers were looking for revenge after losing the opening day game against VOB, also at home.
This time around Tygers were bolstered by all their national players as well as ex-SA pitcher Lloyd Stevens who crossed over from Athlone A’s this season.

VOB handed the pearl to Mikey Scritten while Tygers countered with Stevens.

The teams traded zeroes in the first two innings with Stevens very very economical while Scritten laboured a bit. In the third inning Tygers exploded with a few timely hits to take a 2 -0 lead. In the meantime Stevens kept the Macaws in check while Tygers scored another run in the 5th inning.

Macaws replaced Scritten with Damian Perkins in the 6th while Stevens continued with his domination.

At the beginning of the 7th Bellville and Stevens were cruising. Suddenly the Macaws exploded with the bats. A double by Derrick Bayliss followed by a triple by Lance Gordon and an RBI groundout but by Jody Burch and all of a sudden Stevens was under pressure at 3-2. 3 more hits and a walk and VOB ended the 7th 4-3 up even though Stevens was replaced by current SA pitcher Kevin Townsend.
SA captain Johny Phillips lead off the 7th with a hit. Two K’s later and Macaws were looking to stay ahead but Phillips has other ideas. He took advantage of the inexperience of VOB’s Infield and a LHP pitcher to steal home and tie the game at 4.

But by this stage the Macaws tails were up and even tying the game did not matter to them.Back to back hits to open the 8th and again the Macaws took the game to Tygers and scored to lead 5-4. Tygers backs were against the wall with two out and runners on 2nd and 3rd and SA player Charl Cordier in the box. Cordier was 0-4 in the game and struggling in this at bat when he latched onto am Inside pitch and laced it down left field line to score 2 runs and giving Tygers a 6-5 lead.

Now it was up to Townsend to keep VOB scoreless if Tygers wanted to win and this he did without any issues striking out the final hitter of the game.

A brilliant game 1 of the top 6 league and a good advert for CTBF major league.

No Comments From the DugoutMajor League