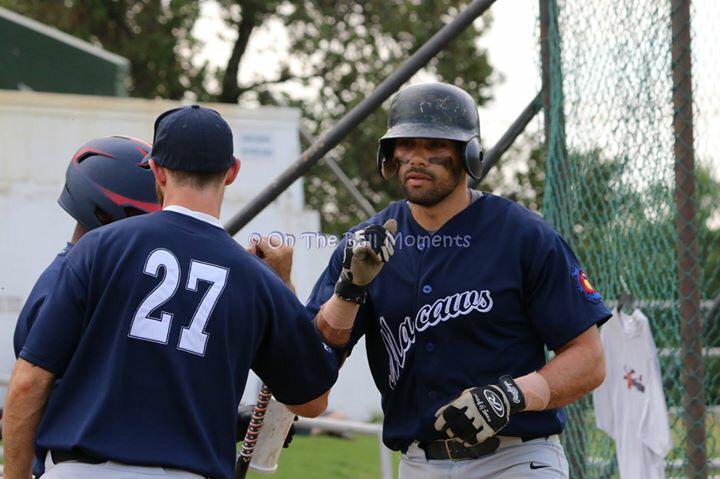 With the resumption of baseball the old rivalry between A’s and VOB took centre stage at A’s home ground in Parktown.

A’s started with SA pitcher Dean Jacobs whole the Macaws countered with Derrick Bayliss. From the outset it seemed like a run or two would be enough to win this one as the conditions were terrible with the south Easter in full force blowing behind the pitchers backs. Jacobs and Bayliss traded zeroes for three inning before VOB burst out with 3 runs in the fourth. A’s responded with two of their own runs courtesy of some VOB errors.

However, this did not deter the Macaws who scored 2 unanswered runs in the 5th and another one on the 6th to storm into 6-2 lead. At this stage A’s replaced Jacobs with another SA pitcher, lefty Cameron Fortuin while VOB brought in a lefty of their own in Damian Perkins. Perkins was outstanding shutting down the Athletics offense until sloppy fielding allowed two runs to be scored in the 9th. However, by then, VOB had scored 4 more runs already to lead 10-2.

A great morale boosting win for Macaws guarantees a top 6 place and potentially second place once teams split into top6 and bottom 7.