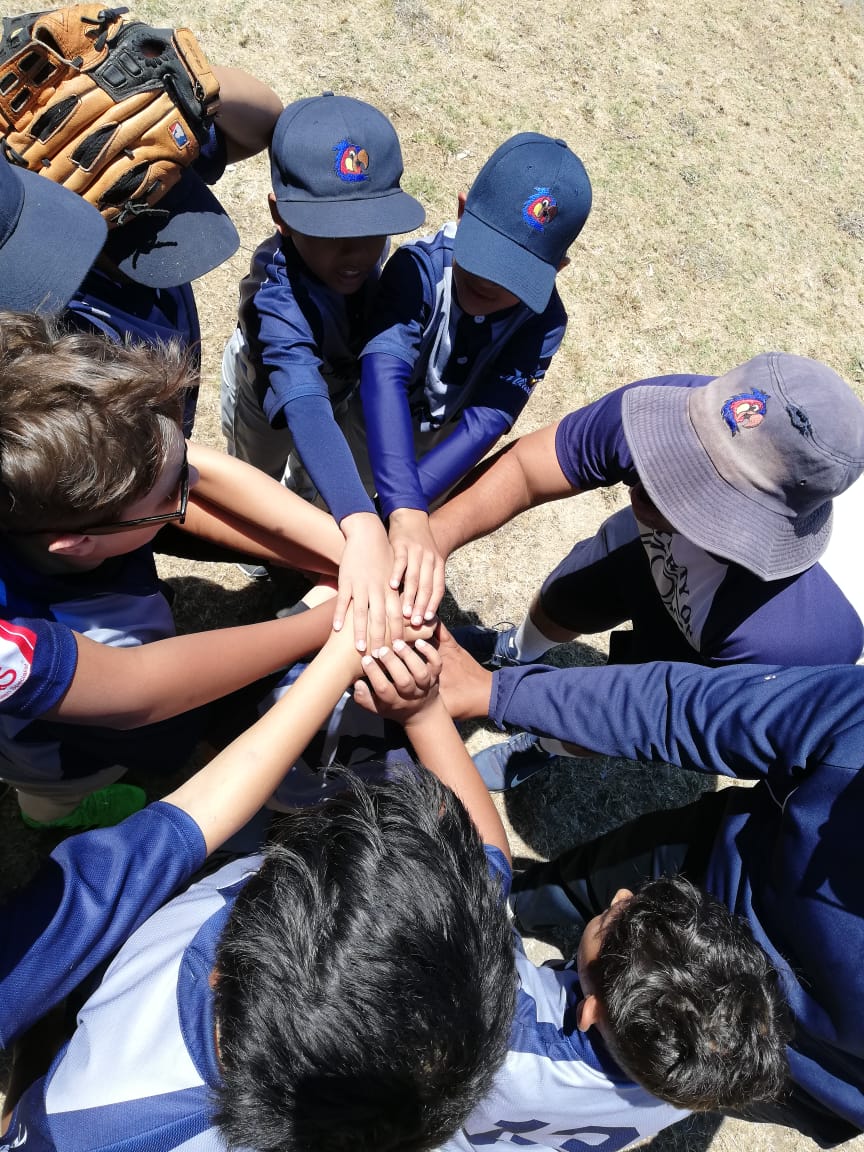 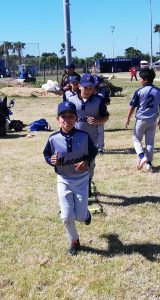 The Kids pull off another last inning win this Saturday against Maitland Giants 11 – 10. Again we hit our way to victory, with the team getting 12 hits and 4 walks combined. This is a good indication of where we want to be with this team by teaching them to hit ahead of teaching them to take walks because sometimes the pitching is not good and they struggle to throw strikes. But our kids are not allowed to let a strike go past them. if it is hittable they will be swinging at it. 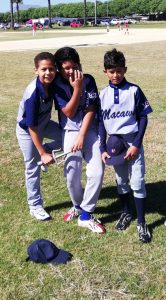 Even though the score says it was a hitting game it was not. giants only accumulated 3 hits in total they had amassed 11 walks in the game. Their coach had them bunting runs home and letting their kids steal home as well . Not the right way to be coaching 10 and 11 year olds at all. But none the less The Kids did themselves proud by pulling off a hard-fought win. Bottom of the 4th inning we had Tristan Jeftha drawing a walk and getting the winning run on base. Then up steps Dale Lewis with none down , he perfectly hits the ball to right field getting tristan to thirdbase and himself to second on the over throw. Storm doyle who is 2 for 2 at this stage drives the ball between 1st and 2nd for his 3rd hit and the Game winning RBI . 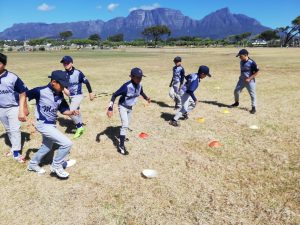 Another mention must go to Caleb Bell for making a play down the middle with runners on 2nd and 3rd and 2 down in the 4th inning to end a threat of giants taking the lead, as well as Jaedon Jonathan coming in to relieve Talun on the hill when giants had their big inning. And the plays of the day for me was a diving stop by dante on first base and Nur’s drive to right centre in the second inning. Well done boys!!! things are looking bright. 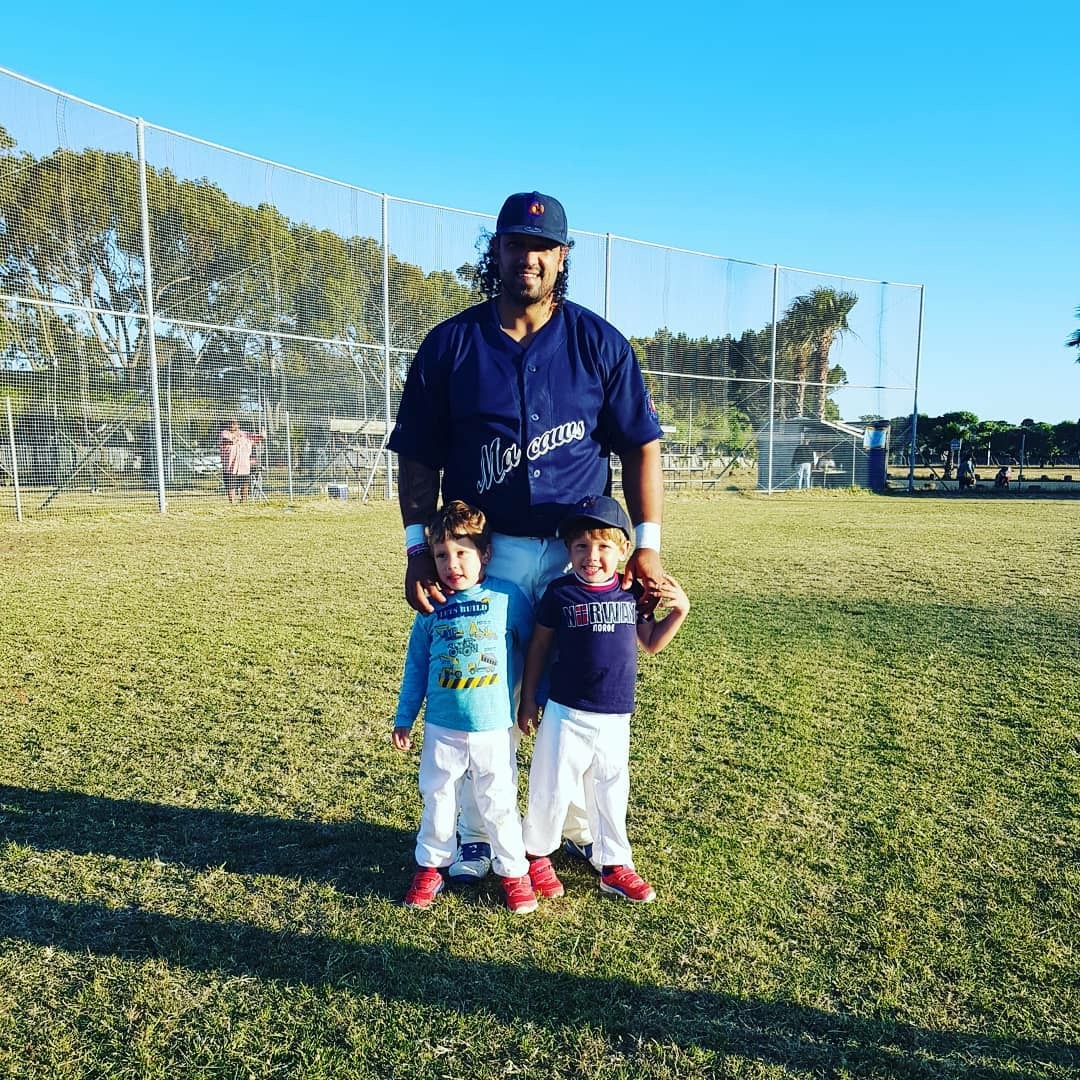 And unbeaten Giants team, who feature in all CTBF offensive, defensive and pitching categories, were soundly beaten by VOB Macaws on Saturday at Chukker Road.

Giants, riding an unbeaten start to the season, visited Chukker road intent on showing that their newly assembled team will be a force to be reckoned with this season, but they left with many questions unanswered.

Derrick Bayliss started on the hill for Macaws while giants countered with Jayson Ripepi. Giants immediately took a 1-0 lead, but were stunned when the Macaws scored four of their own in the first inning. By the third inning giants had clawed back to 2-5 and then scored 2 in the fourth inning to make it a 4-5 game when Jesse Johnson replaces Bayliss.

Ripepi was replaced by younger brother Kyle and that’s when the floodgates opened and VOB scored 9 runs in bottom of fourth blowing the game apart. Giants brought on lefty Carlo Koks but, smelling blood, the Macaws went for the jugular and scored five more runs in the fifth to end the game by mercy rule 4-19. A great comeback from last weekend’s disappointing results. 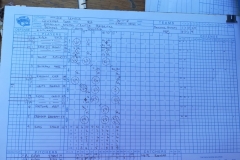 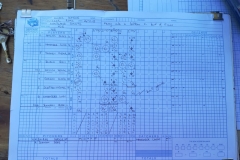 MLR succumb to the Sig 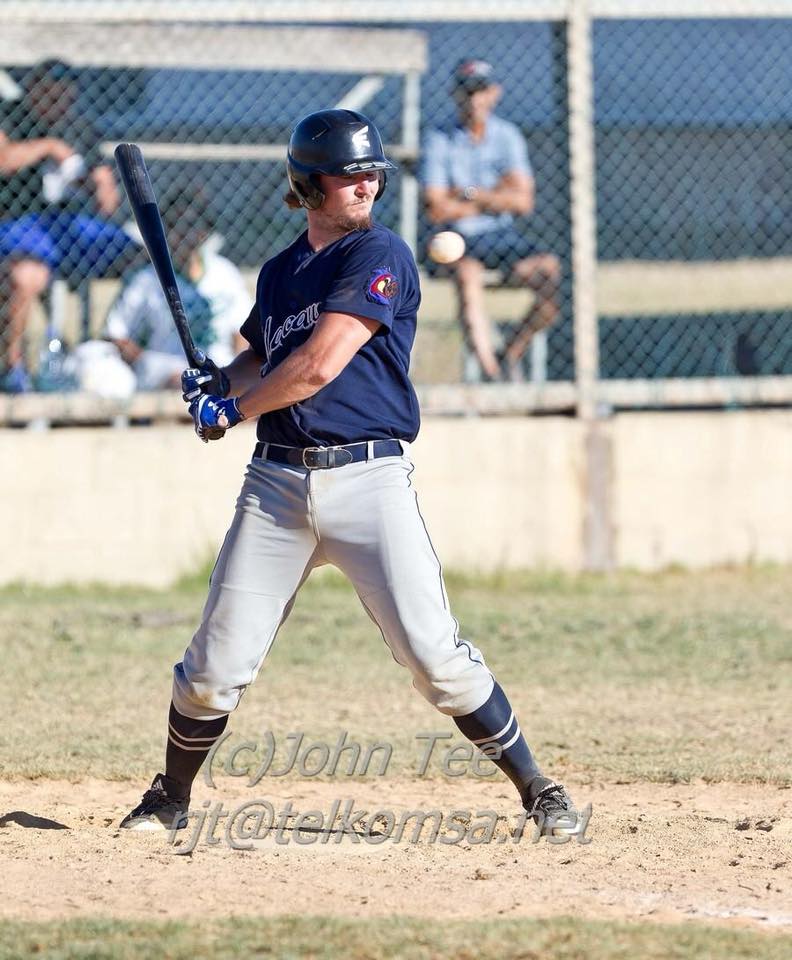 The VOB Macaws reserves took on the reserves of the Bothasig Knights at the Chucker Road sports complex.

For VOB it was a bit of déjà vu as they let a commanding lead slip in the second half of the game, like they did the previous week, to hand the opposition the win. VOB opted to forfeit the points to allow Jayde Thorne to play so he could shake off some rust before representing South Africa in the inbound series against the French national team.

VOB started with Naeem Dollie on the mound. He kept Bothasig scoreless in the first inning and while VOB also failed to score. Dollie felt some discomfort in his shoulder and was replaced on the mound by Jayde Thorne at the top of the second. He restricted Bothasig to 2 runs in 3 innings while VOB scored 7 runs to take a 7-2 lead into the top of the 5th inning.

At the top of the 5th the heat got to Thorne as he conceded 3 more runs and left the bases loaded when Matthew Darius came on to relieve him. A series of unforced errors by VOB and some decent hitting by Bothasig saw them accumulate 10 runs in the final 2 innings. VOB was unable to score runs in the last few innings ending the game 7-12 in favour of Bothasig.

No Comments 2018 11 27From the DugoutMajor League Reserve

10’s deal with the heat and Bothasig 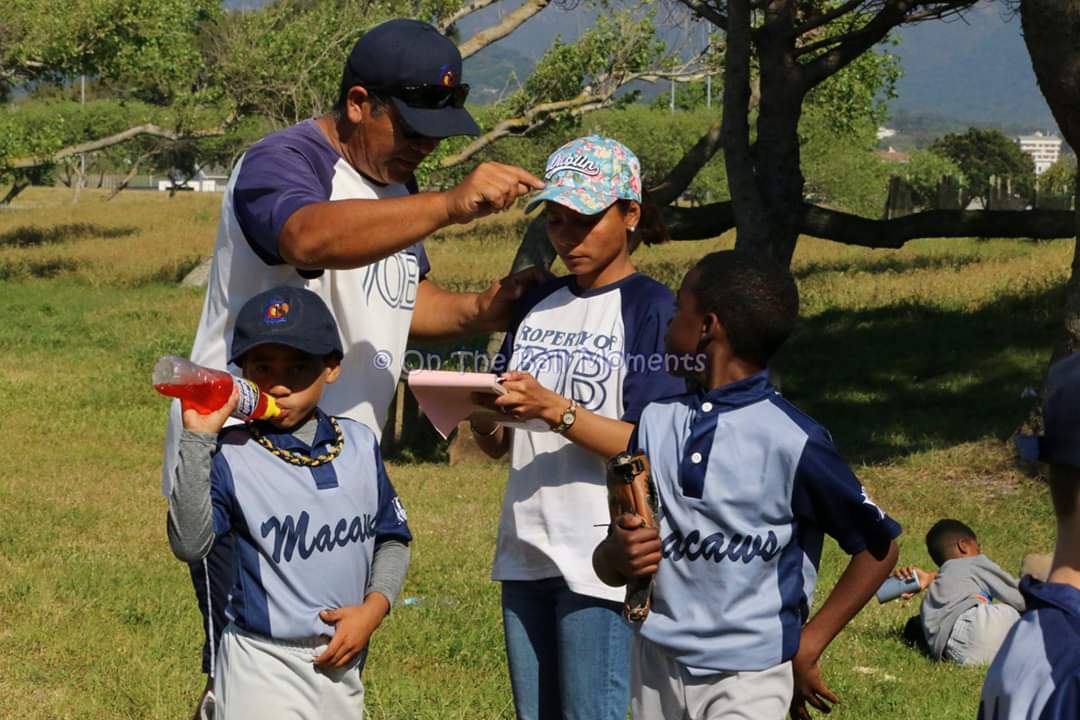 The boys took the field and restricted Bothasig too only one point in the first frame, good fielding and stopping in the diamond by Caleb Abrahams at second and Rustum De Bruyn and Donovan Pietersen at pitcher made the pegs to first base look easy where Zeake Seller took 5 outs on 1st base, the boys then restricted their opponents to no runs in the second and third frame.

Donovan Pietersen took 4 brilliant catches at pitcher position, Caleb Abrahams took 6 catches at second and Rustum De Bruyn 2 at short stop. The boys batted well this week against Bothasig. Zeake Seller impressed me with his catching on first base taking 11 catches in the game. Well done boys you deserved that win. 👏👏👏 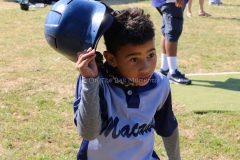 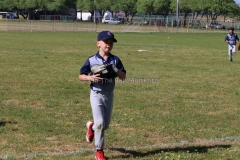 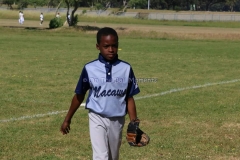 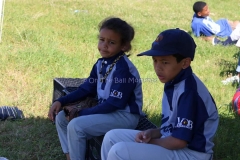 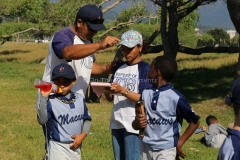 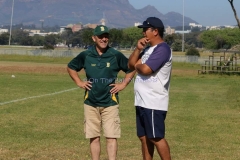 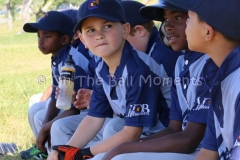 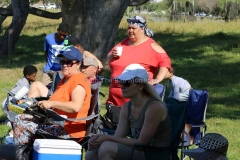 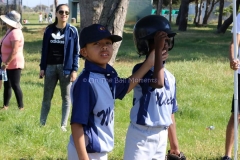 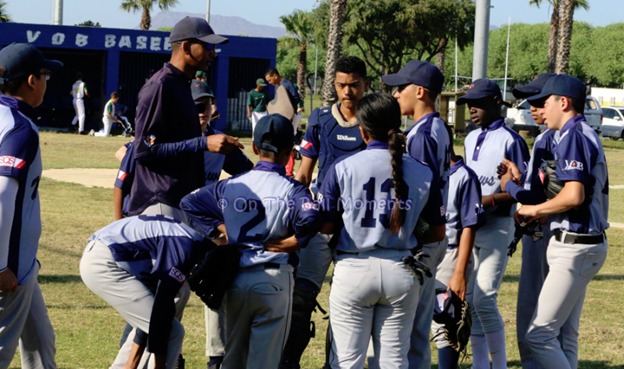 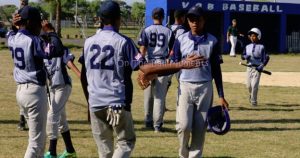 A very excited u15 side were at the field bright and early on Saturday for their first home game of the season. Still running on a high after the previous week’s, almost flawless performance.

A tough decision had to be made by the coaching staff as it’s never easy when there are 16 players in the squad.
The starting 9 got off to a bit of a “shaky” start conceding a run in the top of the 1st frame. After getting went to bat, easily scoring the max 5 runs.

Unfortunately, the top of the 2nd frame was to be no different than the first and the outs only came after another 2 runs were conceded. Our 2nd turn at bat proved to be a bit more difficult than the 1st as we were not able to score any runs.

It was only in the 3rd frame after a few changes were made that we buckled down on the field and managed to get all the outs without allowing in any runs. With only a 2-run lead, we needed to put a few more runs on the board but this wasn’t to be the case. Bothasig pulled together and shut down VOB’s innings easily, with no runs being scored. 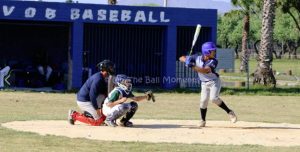 Bothasig then did the unexpected and came back in the last frame to equal the score, which had all our players quite worried. Some disciplined VOB batting and fantastic base running. to capitalize on the very few errors made by Bothasig, saw VOB score 3 more runs before the game was called as we had reached our time limit. VOB 10 – 7 Bothasig

Thanks to Kevin, who selflessly umpired our game despite it being his birthday. Much appreciated! 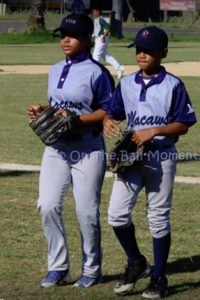 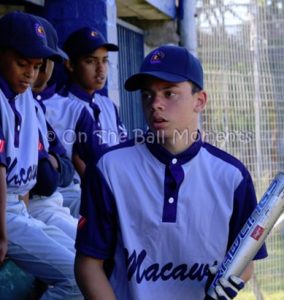 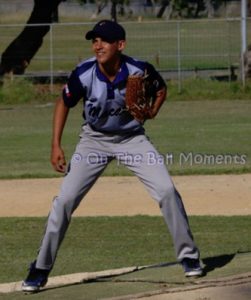 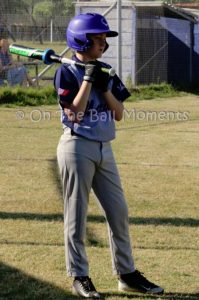 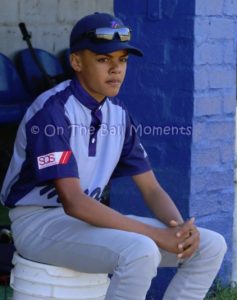 U12 beat down Bothasig in the heat 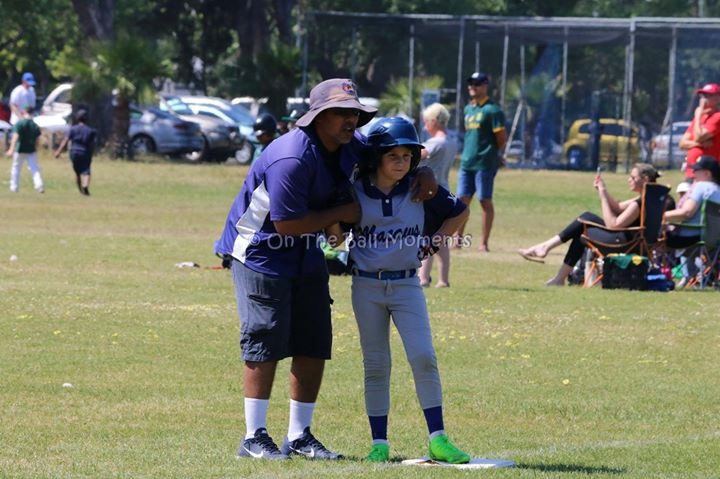 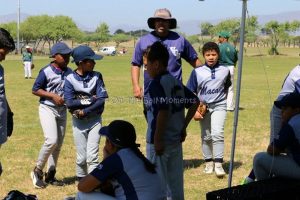 This week the u12s got to play yet another game in the blistering heat. This time though we were much better prepared and it showed from the start of the game.

Mention must go to Nur Scello for his hard work behind the plate (catcher) and for catching the whole game in the heat and throwing a runner out at second base from his knees. On this day our defense was amazing with the infield making all the plays that came to them. Talun with 2 assists and one catch, storm with 3 assists and one catch, Fayaad filling in at second with one assist while Riley and Dante splitting time at 1st base handling all the balls that was thrown at them! on the batting side I was even more proud of our players as the battled in the box against 2 hard throwing pitchers by scoring 2 runs in the first inning then 5 runs in the 3rd inning .

When Bothasig brought their second pitcher on it and he was throwing harder than the first pitcher we knew it was going to be tough. But we battled again and got on base quite a bit against him . 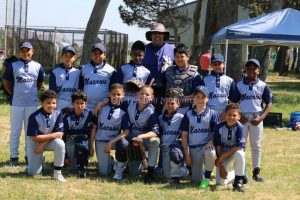 Special thanks must go to Thomas ( Father of Nicolas) who helped me as our first base coach while our assistant Coach Jean was on Concert Duty this weekend. More special thanks to all the parents that donated for our team braai that happened after the game , hopefully we can have another one next home game and have more kids down as they had a great time. Thank you to Stanton ( Jaedon’s dad ) and Brandon (Dales dad) for braaing and feeding the kids.