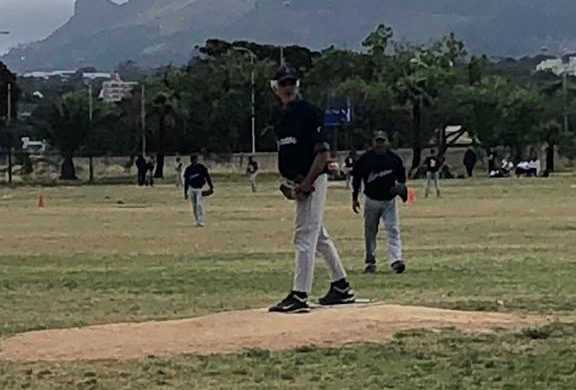 After the heat in Stellenbosch the day before, very cool conditions at Batswood field saw A’s take a first inning lead scoring 4 runs.

Hadley throwing for us first got off to a decent start, but apparently had some issues with the Umpire. (like the Umpire gets paid). Never the less, our bat’s were not firing at the beginning as we know it can and A’s put some hits together in just about every inning that kept them ahead of us all the time. 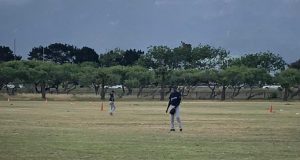 We left bases load on two occasions which could maybe be the difference between a win and a loss. Bradley Weeder hit a massive homerun into the wind which was very impressive.We started hitting better in the last inning and unfortunately came up short.

Adie closed rather impressively having a good closing stint. Maybe with better umpiring we could have won the game, and maybe Glen will one day go to Mosque. What’s the chance. I think we lacked on the having fun side a little and it showed in our game. Lesson is, you win some, you lose some and try having fun either way. Final score 9-7 to A’s. 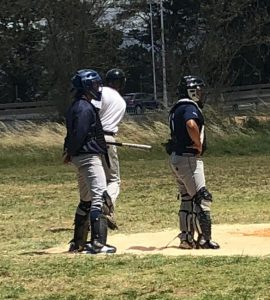